Our Mission and Code of Conduct 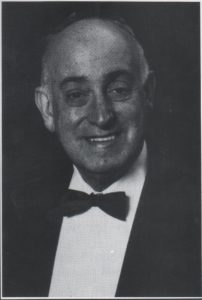 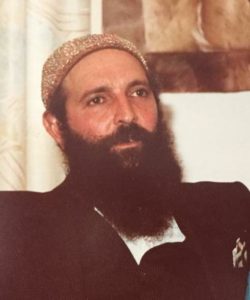 Od Yosef Hai was established in 1983 by the Gaon Rabbi Yaakov Hillel Shli’ta and his brother Rabbi Dan Hillel Z”l at a building at 232 Hendon Way, Hendon through the foresight and generosity of Rabbi Dan Hillel’s right-hand man, Mr Levy Kelaty Z”l and other supporters.This was the first time a Yeshivah for learning and prayer was established in London for our brethren from the East. Mr. Levy Kelaty’s dear wife, Lilian and their children continued with their generous support of Od Yosef Hai which is a tribute to his wonderful character.

In 1985, after Rabbi Dan Hillel left, Dayan Abraham David was invited to lead Od Yosef Hai and he moved back to London from Argentina.

Od Yosef Hai was the first Beth Hamidrash and Yeshiva (a place of learning) for our Sephardi Brethren in London. This was the place in London where our Sephardi Brethren not only prayed but evolved their lives around the Yeshiva. Lives changed with sincere commitment to Torah and its study throughout the day and night. The Crown of the Torah was returned to its former glory to our Sephardi Brethren in England. The Yeshiva attracted many lost souls who had come from Israel to seek their fortunes, they were welcomed and their lives changed. Many great Tamidei Chachamim today in this country and around the world are the products of those early years. There are great Sephardi Rabbis and leaders here in England who began their career in our Yeshiva. As we grew some of the youth of our Community were encouraged to study in Yeshivot and have become great Rabbis and educated laymen committed to the study of Torah.

The Community and Yeshiva grew under the guidance of Dayan David and then came the challenges. The authorities placed an enforcement order to reduce our numbers on the premises in Hendon Way. The future looked bleak. We tried to fight the order with an appeal to central government but failed. We would have to move in a short time or rebuild which would have been disruptive and would not be good for our Community and Yeshiva.

G-d in his mercy to fulfil His promise that the Torah would not be forgotten among Our people made a timely miracle. Dayan David found large premises, the old telephone exchange in Finchley Lane which could quickly be converted for our use. We were offered it at £600,000 but then this was in 1993 with the Black Monday when our supporters were badly affected with others in this country. Once again the Levy Kelaty Family came to our aid. They gave a substantial donation as a deposit with completion to take place in 3 months. Dayan David was able to raise another £200,000 within 3 months and with an unexpected and timely loan from the bank, were able to complete on time, a real miracle. We completed in May 1993 and moved into 48/50 Finchley Lane before Rosh Hashana (September 1993). We now had a beautiful large Synagogue, Beth Hamadrash, Community Hall, and other facilities. What seemed to us an approaching disaster was in fact a great blessing from G-d.

The Community was growing and entry to Jewish schools was getting very difficult. We started a Kindergarten which developed into the OYH Primary School, thanks to Mrs. Aliza Haye, the first Headteacher, and some great stalwarts Menash Sadik, Jeremy Stakol, Sefi Jacob and others of the Community who gave their upmost. The school expanded and through the generosity of the Reuben Brothers became the Nancy Reuben Primary School in memory of their beloved mother, a fitting tribute to a wonderful lady. With their generous help and a bank loan we were able to accommodate our School, build a new Synagogue and a spacious Beth Hamidrash and Banqueting Hall.

We now had premises to encourage our youth and to hold services and other activities for them. Od Yosef Hai became the only Sephardi Community in England with a large and beautiful synagogue, Beth Hamidrash for the Kollel, Youth Services, Primary School and Banqueting Hall.

In 2008, Od Yosef Hai took another leap forward. Rabbi Yossi David was brought to London to answer the call of young Sephardim  who were thirsting for greater in-depth study of Torah and Halacha. He has Semicha from the Gaonim Rabbi Mordechai Eliyahu Z”l and Rabbi Shalom Massas. He also has Semicha from Rabbanut Harashit of Israel. He has taken Od Yosef Hai forward to become the beacon of study and the understanding of Halacha, His shiurim in Halacha and Hashkafah are most popular, not only for Sephardi men and women but for the wider community both Ashkenazi and Sephardi.

Od Yosef Hai is indeed the first in all aspects of communal life in Torah and Tradition in this Country for Sephardim.

1997: Od Avinu Hai for the Youth is established by Rabbi Saul Kelly.

1998: The Inaugural Dinner of the Levy Kelaty Synagogue at the Bloomsbury Suite, London in the presence of the Rishon Lezion Rabbi Mordechai Eliyahu

2001: A Gala Dinner to celebrate the Launch of the OYH Primary School at the London Marriott Hotel in the presence of the Rishon Lezion Rabbi Mordechai Eliyahu

2008: Rabbi Yossi David arrives in London and become the Assistant Rabbi of the Od Yosef Hai Community and head of the Kollel